This “Crypto City” guide looks at the San Francisco Bay Area’s crypto culture, its most notable projects and people, its financial infrastructure, which retailers accept crypto, and where you can find blockchain education courses. You really might leave your heart in San Francisco with all the projects in the Bay Area.

Though not the most populated part of California or the capital city, the San Francisco Bay Area is well-known for its iconic cable cars, views of the Golden Gate Bridge, and Silicon Valley — both the television series and the real-life tech hub. Originally a Spanish colony and later part of Mexico before becoming a city in the U.S. state of California, many residents live in buildings more than 100 years old.

San Francisco is known for its proximity to the San Andreas Fault, responsible for some of the most devastating earthquakes in U.S. history, including one in 1906 that caused fires that burned down large sections of the city over several days. Another magnitude 6.9 quake hit the Bay Area in 1989, damaging the ​​Bay Bridge between the downtown area and Oakland.

Because many historic buildings and picturesque places have endured despite the earthquakes — and nearby Napa Valley and its wineries may help — San Francisco attracts many tourists from all over the world and has been the filming location for movies too numerous to mention, including The Rock, Mrs. Doubtfire and The Matrix Resurrections. The city also includes the oldest Chinatown in North America, the former military base-turned-park Presidio, Golden Gate Park and the Mission District.

Neighboring cities are separated by the bay but are connected with a network of public transportation. Overall, more than 7 million people live in the area between the wine country in the north and Silicon Valley in the south. The city faces challenges, including one of the country’s largest populations of unhoused individuals, the rising cost of living and other issues common across large urban areas in the United States.

A tech hub long before the advent of cryptocurrency in 2008, the Bay Area was a natural home for one of the earlier Bitcoin conferences. In San Jose in June 2013, now well-known crypto personalities including Coinbase CEO Brian Armstrong and Bitcoin educator Andreas Antonopoulos spoke to attendees interested in crypto at a time when the space was considered by many to be fringe.

One of the earliest Bitcoin Meetups in the Bay Area happened in January 2013, when organizers Ryan Singer and Jered Kenna — who would go on to co-found Chia Network and become the CEO of the Tradehill exchange, respectively — proposed setting aside the first Tuesday of every month to discuss the crypto asset. Other attendees reportedly included Kraken CEO Jesse Powell, Ripple Labs co-founder Jed McCaleb, Litecoin creator Charlie Lee, and Coinbase’s Fred Ehrsam and Armstrong.

“There were a lot of cypherpunks at those early Bitcoin meetups that I went to,” said Armstrong in a 2021 interview with Initialized Capital founder Garry Tan.

As a predominantly Democratic U.S. state, albeit one containing many conservative voters, California has had its share of lawmakers proposing both pro- and anti-crypto policies as the space evolves. In 2022, the state’s Department of Financial Protection and Innovation issued cease and desist orders against BlockFi, Voyager Digital and Celsius Network related to allegedly offering unregistered securities.

Is China softening on Bitcoin? A turn of phrase stirs the crypto world

Hanko’s Time To Go? Blockchain as a Solution to Japan’s Remote Working Issue

At the state level, Governor Gavin Newsom announced in May 2022 that he had signed an executive order aimed at harmonizing a regulatory framework for blockchain between the U.S. government and California, as well as spurring innovation in the space. The executive action built upon President Joe Biden’s executive order on digital assets signed in March.

CA is the first state in the nation to begin creating a comprehensive & harmonized framework for responsible blockchain technology to thrive.⁰⁰We’re aiming to create a pipeline of talent for the emerging industry & utilize the technology for public good. https://t.co/6Um0lJ9p1y

The state looked as if it would be a battleground to watch in the 2022 midterm elections as pro-crypto candidates attempted to unseat those opposed or neutral about the space. However, both pro-crypto candidates, Democrats Aarika Rhodes and Greg Tanaka failed to win their primaries to represent California’s 30th and 16th Congressional Districts in the U.S. House of Representatives, respectively.

“So many of our elected leaders don’t support or understand technology,” Tanaka told Cointelegraph in April. “They throw rocks in the road in front of it.”

One would be hard-pressed to name a major tech firm that didn’t get its start in the Bay Area or Silicon Valley. The area is home to three headquarters out of the big four tech firms, including metaverse-adjacent social media firm Meta, which rebranded from Facebook in October 2021. Social media platform Twitter and blockchain-focused payments firm Block also have their headquarters there, as do PayPal, Visa and Cash App.

20Mission, a co-working space in San Francisco’s Mission District, opened one of the earliest retail stores that accepted Bitcoin in 2015 called Nakamoto’s electronics. Still in use today, the art and technology creator hub was home to many crypto-related startups, including Block-Chain.info, 37Coins, Tradehill, Piper Wallet and Purse.io. Crypto Castle, an office and co-living space that was once home to crypto​ entrepreneur Jeremy Gardner, was located in the city’s Potrero Hill district and hosted a number of crypto and blockchain projects.

In case you were wondering what a #Bitcoin ATM looks like, here’s a peek of the one at @hackerdojo. pic.twitter.com/eeiBf8C9VB

In March 2014, a community tech center named Hacker Dojo installed the first Bitcoin ATM in the San Francisco Bay Area in Mountain View. The installation of the ATM, operated by Robocoin, was followed by another at the Workshop Cafe of San Francisco’s Financial District later that year. According to data from CoinATMRadar, there are roughly 469 crypto ATMs in the San Francisco Bay Area, operated by companies, such as Coin Cloud, CoinFlip and Bitcoin Depot.

Where can I spend crypto?

Crypto as a medium of exchange hasn’t reached mainstream levels of adoption in the U.S., but there are more than 100 businesses in San Francisco that accept Bitcoin and other tokens for payments according to Coinmap. These include restaurants, bookstores and even optometrists’ offices.

Across the Bay Area, retailers including Starbucks, Whole Foods and others accept crypto payments through third-party apps. In addition, residents and workers in Silicon Valley can spend their crypto at more than 50 businesses in the area. Though seemingly offering only payments in fiat and through third-party apps, Meta opened a brick-and-mortar retail store in Burlingame in May, which offers hardware for its metaverse ambitions.

Are CBDCs kryptonite for crypto?

How the crypto workforce changed in the pandemic

San Francisco State University offers a “blockchain bootcamp” through its Lam Family College of Business and recently collaborated with Ripple Labs and the Warsaw University of Technology to allow students to develop blockchain-based solutions to projects, including supply chain tracing and the commercialization of artwork.

Across the Bay, the University of California, Berkeley currently has a student-run blockchain innovation hub for consulting, education and research. Stanford’s Center for Blockchain Research held its fifth blockchain conference in August 2022. The Palo Alto-based university offers courses on blockchain and cryptocurrency through its School of Engineering for the autumn semester, while in the city, the University of San Francisco lets students learn about blockchain through its College of Arts and Sciences.

“The potential application for Bitcoin-like technologies is enormous,” says the Stanford course description.

In 2013, authorities arrested Ross Ulbricht, creator of the infamous darknet marketplace Silk Road, at a San Francisco Public Library. Federal Bureau of Investigation specialist Christopher Tarbell led the team, which tracked down Ulbricht using VPN server records corresponding to an internet cafe in the city where he had also logged into his Gmail account. The information ultimately led to the arrest of the “Dread Pirate Roberts” and the eventual end of Silk Road. Ulbricht is currently serving two life sentences without the possibility of parole.

Though not forced to shut down by excessive regulations or orders from law enforcement, crypto exchange Kraken unexpectedly shuttered its San Francisco office in April 2022. CEO Jesse Powell said the company’s headquarters on Market Street was closed following complaints that “numerous employees were attacked, harassed and robbed on their way to and from the office.” Coinbase also announced plans to shut down its San Francisco headquarters in 2022, but as part of an effort to go remote rather than due to threats while commuting.

The most engaging reads in blockchain. Delivered once a
week.

The entire @Ripple C++ team is in San Francisco. Here’s @JoelKatz, along with some new $XRP swag. pic.twitter.com/eMxlPkEzwT

If you have any suggestions for additions to this guide, please contact [email protected] 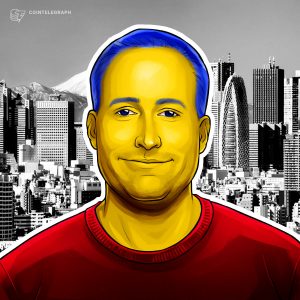 Turner Wright has been a freelance editor and writer for various publications for the last decade, and you can usually find him somewhere abroad. Gets his inspiration from a combination of nerves, green tea, and dark chocolate.

Shopify users get their hands on Tezos NFTs with new partnership

Is MATIC price about to double? Polygon’s…

Long-Term Bitcoin Holders Have Amassed Over 75% of…

What Algorand (ALGO) Price Must Do To Confirm Bullish…